The voice of emotion: an FMRI study of neural responses to angry and happy vocal expressions
Social Cognitive and Affective Neuroscience 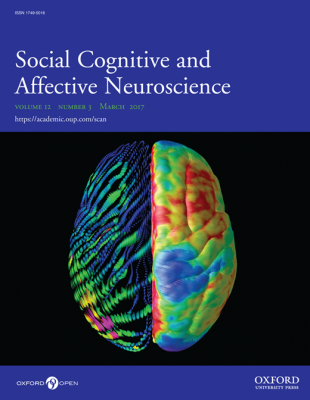 The human voice is one of the principal conveyers of social and affective communication. Yet relatively little is known about the neural circuitry that supports the recognition of different vocally expressed emotions. We conducted an FMRI study to examine the brain responses to vocal expressions of anger and happiness, and to test whether specific brain regions showed preferential engagement in the processing of one emotion over the other. We also tested the extent to which simultaneously presented facial expressions of the same or different emotions would enhance brain responses, and to what degree such responses depend on attention towards the vocal expression. Forty healthy individuals were scanned while listening to vocal expressions of anger or happiness, while at the same time watching congruent or discrepant facial expressions. Happy voices elicited significantly more activation than angry voices in right anterior and posterior middle temporal gyrus (MTG), left posterior MTG and right inferior frontal gyrus. Furthermore, for the left MTG region, happy voices were related to higher activation only when paired with happy faces. Activation in the left insula, left amygdala and hippocampus, and rostral anterior cingulate cortex showed an effect of selectively attending to the vocal stimuli. Our results identify a network of regions implicated in the processing of vocal emotion, and suggest a particularly salient role for vocal expressions of happiness.